Before we dive in to movement

This movement episode is no.2 in our self-care mini series all the parts are listed below and as they become available they will become clickable. So if they aren't it's likely the episode hasn't aired yet. Do take a listen to the series I have some amazing guests coming to share their expertise with us.

Links & Resources for this episodes

Catherine and I had such a great time recording this podcast and there was so much good stuff I couldn't get it all into the post below so I urge you to listen in. Why don't you do some movement while you listen, take us on a walk and that's 30 minutes movement done! Don't forget the 1x in the middle of the player adjusts our speed so you can take less time but get all the goodness. I listen to everything at 1.5 speed now it makes regular TV very frustrating, anyone else have that issue? Let me know in the comments below.

How can Movement help with our Mental wellbeing

Can you talk to us to start with about how exercise can actually help with our mental state? I think a lot of people think, 'Oh, I just need to lose these bingo wings,' or 'I want a flat tummy so I need to do some crunches.' They don't think about how movement actually works with their mental health.

Well, I think that when people start to actually exercise, they do realize that it is a whole lot more than just like losing the weight or losing the body fat as I would say. Runner's high is a thing, it's an actual actual thing. Many people may not agree if running is not your thing, but it is an actual thing. You don't have to be running you can be doing anything and you can get that, that high, that an endorphin kick. Also if you're doing something that you really enjoy doing, it just gets that stress out. I mean, that's what this movement for our bodies is designed to do  just to run it all out of us.
Just the fact that you are spending some time on yourself.  When I first started pilates, you'd have these ladies lying there and this would probably been the first time in the entire day that they had thought solely off themselves for 45 minutes. You know, every day we're running around, we're doing, doing, doing, we never actually give back to ourselves.

The fact that you're doing that is really, really empowering and also the fact that when you start to move your body, that movement does the complete opposite to what everybody thinks it's going to do. It gives you more energy, and then you don't feel like you know, like a sack of spuds. You start to be able to want to do other things, whether it's other things for somebody else, or whether it's stuff for your business or whether it's stuff for you. The energy is there as is the wherewithal to be able to go and do all the things that you need to do in life.

I mean is it really is a holistic approach, lots of people do start out looking at the physical aspects of it, but really quickly people realize that it's it's about the whole being and the mental health is just a massive part of it. Definitely.

How do we make new habits for exercise?

I did 60 solid days of yoga, and it didn't stick. So is there anything that we can do tricks or tips for trying to create that habit and keeping that movement going?

Yeah, well, absolutely, they say 21 days, or they're abouts is the formation of a habit, maybe you just were not completely sold into what you were doing. I don't know, I think that you need to find something that really does light your fire. Quite a lot of people are like, 'Oh, God, I've got exercise' that sort of thing.

You sort out the cardio stuff, get yourself a little bit hot and sweaty or sort out the strength stuff, particularly for ladies that are getting to a certain age weight training for us are really, really, important and maybe wouldn't think about something like that.

So, try lots and lots of different things and finding something that really sparks you that you actually want to go out and  that you actually say. 'No, I'm not going to go and have that cup of coffee,' or 'no, I'm not going to stay in and watch a movie with kids' all those other things that are lovely. But you're like, 'no, I really want to go out and do that.' Try different things and see what fits.

Also, when you're first starting  and this links in with things like anxiety and depression as well,  just start off with small amounts of time. Don't think for one second, that you need to be in the gym or pounding the pavement for hours at a time. It's the actually get in and doing and then starting to move your body and then starting to feel that feeling that I know that you'll feel when you move your body and getting that in regularly.

Then you can start to expand on that time, like bite sized chunks. Realising, actually, it's not that difficult and it's okay, and then starting to feel the benefits just from like 10-15 minutes, and realizing actually, that's really nice.

That then makes you want to do it again. I've suffered anxiety, really acute anxiety and the only only time I felt completely myself was when I was exercising. So either if I was teaching it, I'd kind of go into a bit of a different role, I'd almost just go and be somebody else while I was teaching, or I was out running or doing a class or something. Movement just kind of takes you out of your out of yourself.

It just stops that whirring machine going on all the time in the background. So these are things that I have done, they are in books, I have read this, but it's stuff that I've done as well, that totally, totally works. 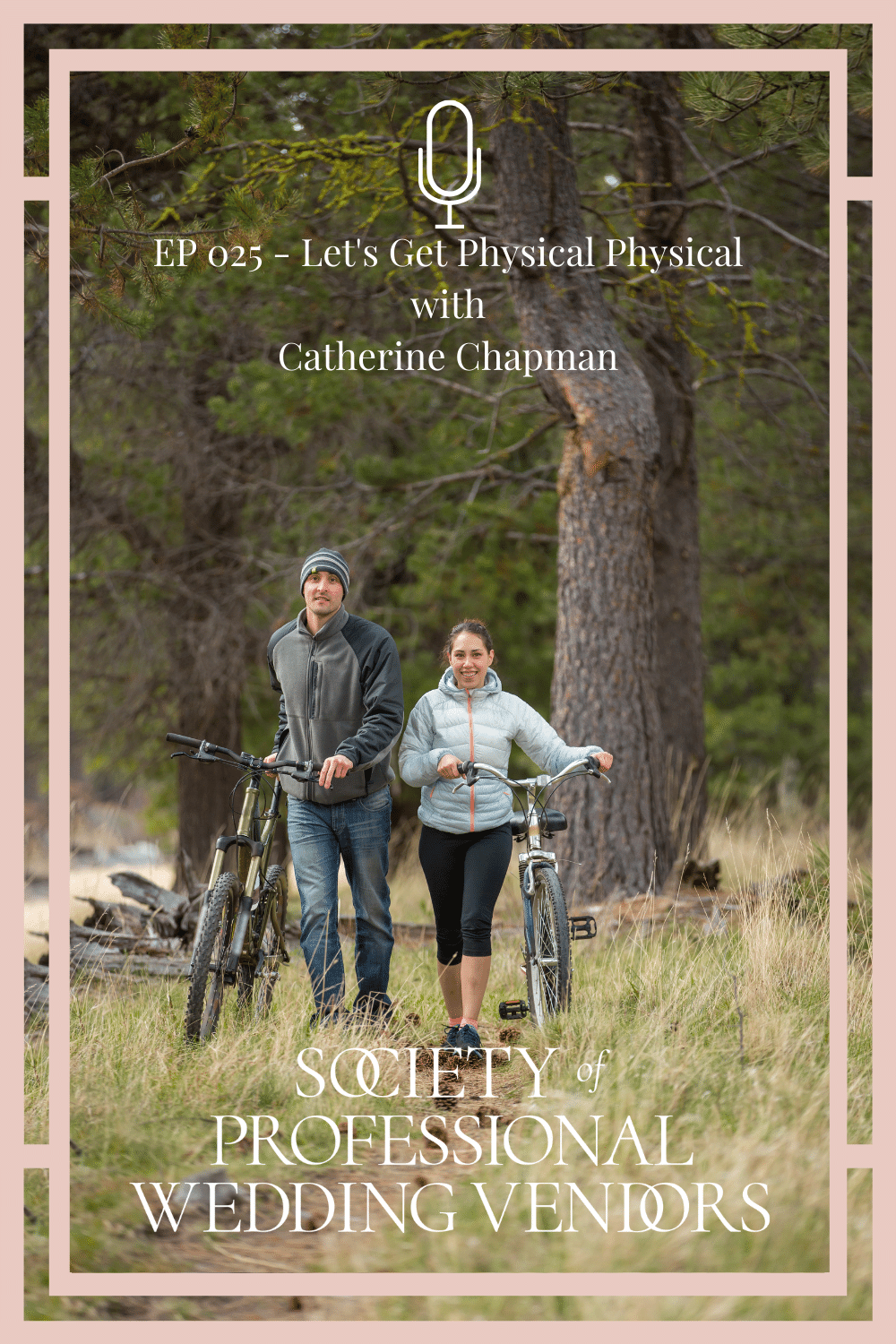 Is Indoor or outdoor movement better?

You know, for exercise, when we're looking at getting our brains back into some semblance of normal are we better to be exercising outdoors, rather than indoors? Is there a difference?

At the moment, yes, it's probably really good for us to be out in nature. While we're all trying to keep away from each other. Actually, the outdoor classes are fantastic because you can really exercise and not have to worry about impacting and breathing and doing all that sort of stuff over anybody else.

The fact that you are out in nature for human-beings has just phenomenal powers on its own. You're just, walking, you're running or swimming in the sea. All those sorts of things are absolutely wonderful. However, if that nature element puts you off, then for you working out inside is much better. At the end of the day, it's whatever again, whatever motivates you, what gets you moving and gets you going.

When I was doing my zoom classes in the summer, I didn't work outside. I feel like I inflict enough on my neighbours across the gardens. They can probably hear me from my studio most of the time anyway. But there were plenty of my ladies that were taking whatever devices I was on outside into the garden and they were working out outside in the sunshine and the sun was setting, just fantastic. If the elements are with us, I think it's probably a really, really good place to exercise. However, if they're not, don't use that as an excuse.

What's your favourite form of movement?

So Catherine, is there any exercise that you would say is your favorite exercise to do?

I love I love piloxing for anyone that doesn't know because it sounds a bit odd sounds like some kind of contagious disease. It's a mixture of pilates, stand up pilates and boxing and it's done to incredible music, kind of, a little like boxerize.

We do it in blocks so we do a block of stand up for pilates and then a block of boxing. There's a little bit of dancing. Now I don't put that in very often because I'm certainly no dance teacher. Then there's a section at the end where we really concentrate on our butt and our abs, it's great, fun. The music's amazing and it's all high energy, but it's quite low impact.

So that for me, if I need to lose myself in something, it's probably the thing I would go to because I know even if I'm kind of lagging through the warm up, I still I have those little voices in my head still that go, 'you don't really need to do all this class, we could just do just do 20 minutes and watch a TV.' I have been there to I promise you. But by the time I've got through the warm up on the first track, I'm like, Yeah, let's go. And you know, the rest is history. We just roll.

054 Lets Get Visible with Maddy Shine

053 Save Time and Elevate your Professionalism with Carli Wall